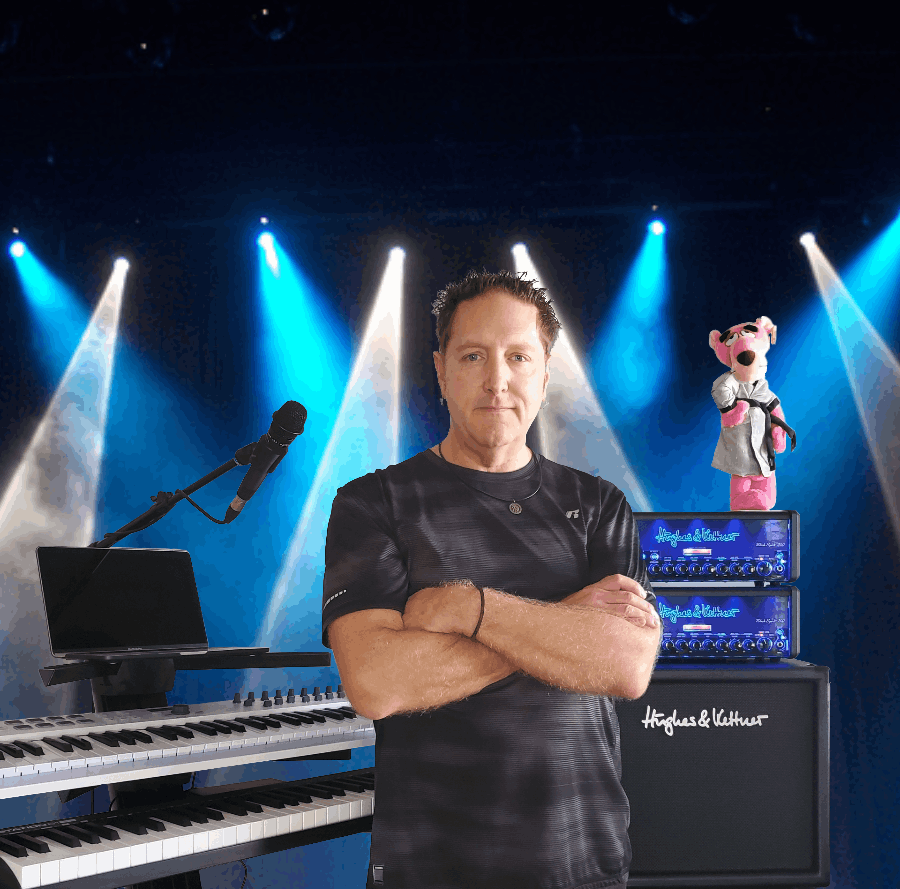 Jeff's love of music started around 5 years old when he started listening and singing to his family's records of the Beach Boys, the Beatles and so many others.  The vocal harmonies really resonated with him.  His musical journey had begun.

Fast forward to his early teens, that's where Jeff discovered the guitar.  He'd been taking drum lessons in school and was in several different choirs but playing the guitar has just made things interesting.  It's the early to mid 80s now so fantastic music is all around, so many new and interesting sounds & textures!  Synthesizers are now a deep fascination for him, learning to play and program them.

In addition to the playing side of music, Jeff found himself very interested in the engineering side of music.  He started recording using a rented 4-track from the local music store and fell in love with studio recording.  After high school he went to recording/engineering school in Ohio.  Upon returning home, he started working at that same local music store.  That was quite an experience to say the least.  That's where he met many lifelong friends as well as his business partner who he started a recording studio with.  In the studio is where he met his future wife, Ronnie.  Jeff has recorded/produced dozens of bands throughout the years along with doing live sound for many of them along the way.

There were several high school bands, which is where he met Darrin, who has become Jeff's dear lifelong friend and band mate.  Later on, closer to 2000, there were many more band renditions playing 80s synth pop to heavy alternative music.  Jeff and Darrin had a 3-piece Rush tribute band for a few years as well.

Fast forward some more and here we are with Jeff married to a fantastic singer, and Darrin now living in the same state again.  Now there's no excuse ... get playing again!  All of the experience over the years has led to this amazing project.  Chemistry indeed!

We only use our list to keep you informed of upcoming shows and news.  We will never share your information with a third party.